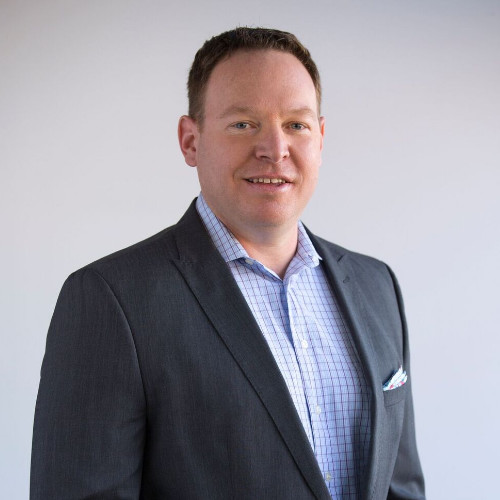 Andreas Neuman, founder and CEO of UAV-IQ, has led the company through its transition from a consultancy focusing on unmanned aviation to a global precision agriculture service that leverages its expertise in remote sensing technology. A graduate and Alumni President of UCLA Anderson’s Executive MBA program’s class of 2014, Andreas planned and launched the company out of the program’s Venture Initiation track along with two of his classmates.

He is an experienced project administrator who has supported multidisciplinary teams and senior level managers and was routinely entrusted with safeguarding lives, assets valued at over $200 million and the completion of multi-million-dollar projects.
Prior to founding the company, he was a senior Air Force officer with a successful 11½ -year career that included project managing the design and implementation of emerging communications and remotely piloted vehicle technology on a global scale. While serving, he transitioned from manned aviation where he was a KC-135 instructor pilot to the Global Hawk program where he served as the Assistant Director of Operations. As ADO of the only operational RQ-4 Squadron, he was responsible for planning and coordinating worldwide Global Hawk operations directly supporting troops on the ground as well as the Intelligence Surveillance and Reconnaissance demands of six Combatant Commands. Under his operational management, the program incorporated simultaneous evaluation and employment of emerging commercial and classified technologies while executing high-priority reconnaissance missions. In addition to his MBA from UCLA Anderson, he holds a MA in International Relations from American Military University and a BA in Economics from Columbia University.
He provides expert analytical knowledge and strategic understanding of emerging aviation technology and project management proficiency for companies positioning themselves for the present and future markets of aviation technology related to multiple commercial and defense sectors. Conversant with the latest commercial as well as classified unmanned aerial vehicle (UAV) user interface, communication, command and control, and data link systems, he currently holds Top Secret/SCI clearance, PMP certification and is trained as a Lean Six Sigma Green Belt.