HOW TO CONTROL MEALYBUGS IN YOUR VINEYARD

In the previous article we’ve discussed the injury that could be caused by mealybugs in table grape vineyards, the resulting economic damage and how to effectively monitor for their presence.

Researchers have had a hard time determining a precise economic threshold for mealybugs: some studies found that a population of 20 mealybugs per plant is necessary before damaging fungus is created, but a population smaller than that could potentially be enough to transmit viruses. However, two things are certain: they can cause a lot of damage and you shouldn’t let them get established because once they are settled in, it’s really difficult to get rid of them!

Insecticides are often not sufficient to control mealybugs because of the way they hide below the bark (cryptic behaviour), their waxy bodies can protect them (they’re also protected while in their egg and nymph stages) and some have developed resistance to various active ingredients.

Luckily, some predators and parasitoids have proven to be very efficient at controlling mealybugs. If beneficial parasitoids are spotted while monitoring for mealybugs, that is good news as natural enemies can successfully control populations under threshold levels. However, naturally occurring beneficials tend to emerge later than mealybugs which emerge in early Spring, so augmented releases early in the season often are necessary.

Growers need to be careful not to kill naturally occurring or released beneficials by using too much and/or the wrong insecticides. Since insecticides alone are often insufficient to control mealybugs, it is not uncommon for frustrated growers to over or incorrectly apply insecticide, which can actually compound the problem. For growers and PCAs who choose to use insecticide, many can still be used which allow beneficials to survive and be included in effective integrated pest management (IPM) plans.

Different factors determine which beneficial(s) to use. First, one should know which mealybug species are present so that the predators or parasitoids best suited to hunt that prey can be put to the task. Second, the climate should be considered as some beneficials do better in the heat than others. It’s also important to note that the beneficials which do better in heat tend not to eat as much since they’re biologically adapted to survive in more extreme temperatures, so the distribution rate may need to be increased.

The best known beneficial predator used to control mealybug has clearly been named by someone’s marketing team: Mealybug destroyer (Cryptolaemus montrouzieri) preys on eggs and crawlers (newly hatched mealybug nymphs) of most types of mealybugs, although its efficiency might vary according to the species and climate. Populations of Cryptolaemus can be found in California, most prevalently in the south or on the coast. However, they usually don’t survive winters in high numbers so periodic augmented releases are necessary, preferably when there are many of the pest’s egg sacs to feed on. 1,000 larvae per acre is a common rate for a release.

Other commonly available beneficial predators include green and brown lacewings, which prey on larval and adult mealybugs. The larvae of some predaceous midges also eat mealybug eggs, but those may be more difficult to introduce into the field.

In addition to the natural populations of parasitoids, some commercially available ones may be used to control mealybugs. (Note, check local regulations as parasitoids are restricted in some areas). The Anagyrus wasp is an efficient parasitoid used to control obscure, grape, long-tailed and vine mealybugs, especially at the end of the season before the mealybugs move down to the lower trunk or the roots to overwinter. The Anagyrus has the ability to survive California winters as well, however, the overwintering  wasps take time to emerge at the beginning of the season so an augmented biocontrol release of commercial parasitoids should be performed early and mid-season. Similar to Cryptolaemus, a rate of 1,000 Anagyrus per acre is a common prescription. Other parasitoids of mealybugs include Acerophagus notativentris and Pseudophycus angelicus, which target grape mealybug as well other mealybugs of the genus Pseudococcus (obscure and longtail), but not the vine mealybug. 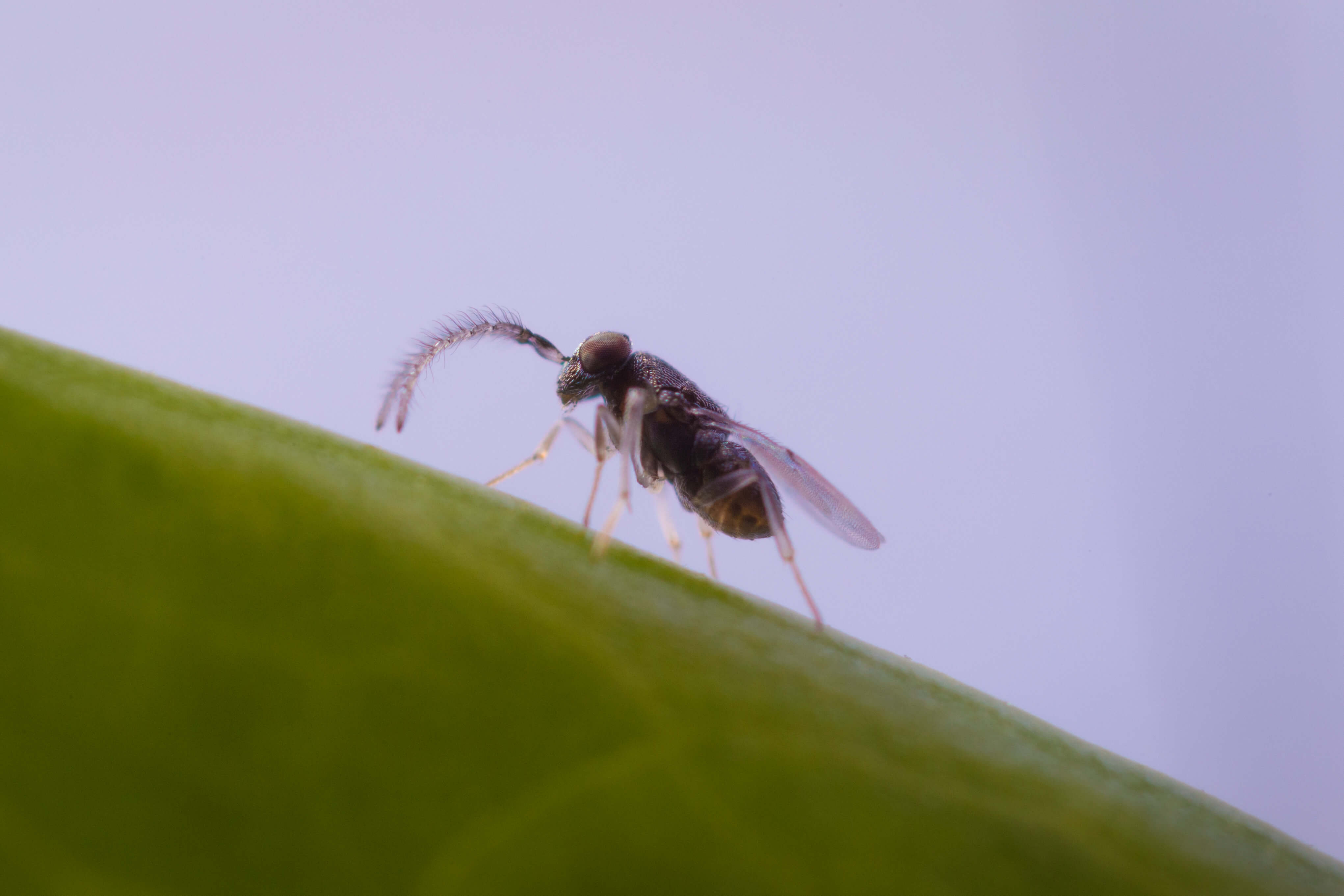 The process of releasing beneficials can be performed by hand using existing labor, however, it can also be outsourced to service providers who use new technologies such as specialized computer-controlled release equipment attached to drones in order to increase efficiency and make release rates more uniform.

SOME BEST PRACTICES HAVE EMERGED

Here is some additional advice that may help your battle with mealybug. Most growers can do some steps without the help of their PCA or crop consultants, such as checking new plant material coming from the nursery before introducing them into the field, controlling tools and following guidelines to avoid cross-contamination. Mechanical equipment, shoes and clothes used in the vineyard often spread mealybugs from block to block or from vineyard to vineyard and should be carefully inspected and cleaned, especially during pruning and harvesting activities. Another good practice is to remove fallen leaves at the end of the season as they can hide mealybugs.

Other steps should be discussed with a PCA but are not overly difficult to implement. Use tapes and/or sticky oil based products (eg: Tanglefoot) on the vines to prevent ants since they may end up protecting mealybugs from their natural enemies. Manage vine vigor and limit nitrogen application because excess nitrogen and increased foliage are known to provide them a more favorable habitat and increase the size of female mealybugs. One key to a successful IPM program is limiting the usage of broad-spectrum insecticides since they might dramatically affect the natural enemies population. In some cases, your PCA may even recommend intentionally leaving small parts of the field untreated for mealybug in order to maintain a controlled population of prey which can sustain a sufficient level of predators and parasitoids.

Mealybugs are a major pest, but some of their oldest enemies can be used to help control them. If you have any experience with them and would like to make recommendations, or have comments about this article, please join the conversation. 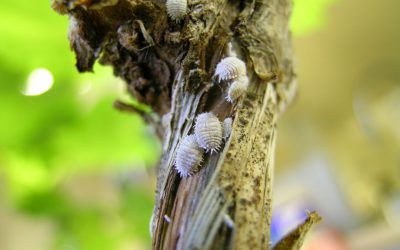 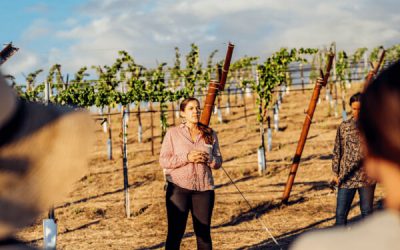 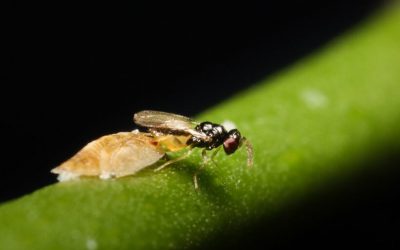